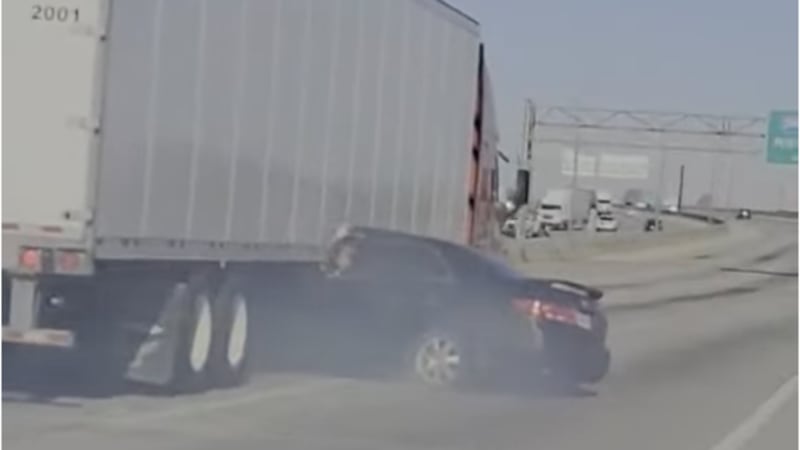 Last year in a Mini-vs-dump-truck encounter, and even last month when a car was crushed by a semi, we’ve seen examples of some grim interactions between trucks and passenger vehicles, and it never ceases to be terrifying. This week brought a new entry in the genre: A car wound up under the trailer of a big rig outside of Chicago, and the truck dragged the car more than a half-mile — while the trapped teenage driver waved for assistance from what was left of her car window.

The crash happened midday Tuesday on I-294 in Elmhurst, Illinois. Motorist Grzesiek Misiek captured video of the slow-rolling aftermath.

Incredibly, troopers said she wasn’t injured. The truck driver was oblivious to the dragging car or screeching tires at first, but eventually pulled over.