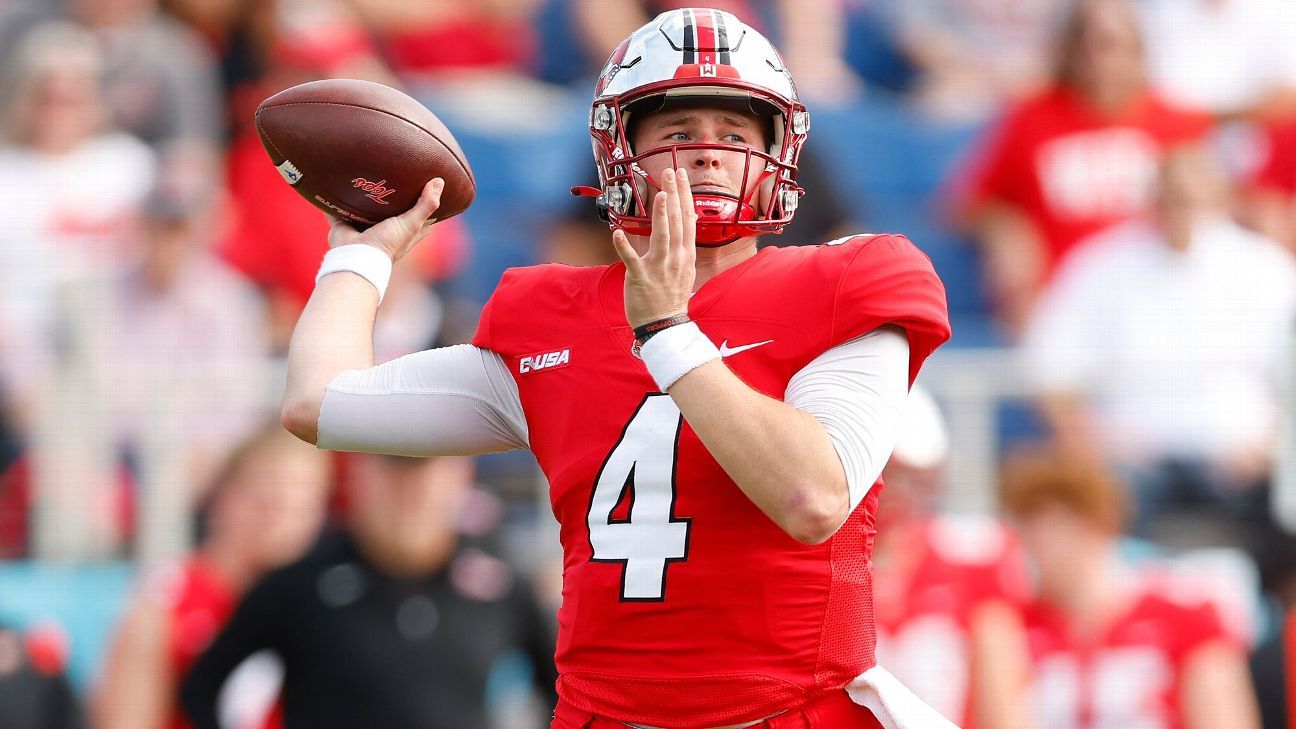 Zappe finished the season with 5,977 yards and 62 touchdowns for the Hilltoppers (9-5). He topped the previous FBS marks of 5,833 yards set by Texas Tech‘s B.J. Symons in 2003 and 60 touchdowns set by LSU‘s Joe Burrow in the Tigers’ run to the national championship in the 2019 season.

Jerreth Sterns caught 13 passes for 184 yards and three touchdowns for Western Kentucky, finishing his season with 150 catches for 1,902 yards. Mitchell Tinsley had two touchdown catches for the Hilltoppers, and Noah Whittington needed only seven carries to rush for 150 yards — 86 of those on a third-quarter scoring run.

Chase Brice passed for 317 yards and four touchdowns for Appalachian State (10-4) before leaving in the fourth quarter with a right leg injury. It was the first loss in seven all-time bowl games for the Mountaineers.

It was 24-24 late in the opening half, when Zappe, who completed 33 of 47 passes, put his name in the record book and put the Hilltoppers ahead for good.

He broke the yardage mark on a 43-yard pass to Sterns — who finished the season with the fifth-most receiving yards in FBS history — late in the half then tied the touchdown mark on the same drive when he connected with Sterns for a 10-yard score. That started what became a 35-7 run by the Hilltoppers.

Zappe threw his record-setting touchdown pass on a 5-yard slant to Tinsley on the Hilltoppers’ second drive of the third quarter, pushing Western Kentucky’s lead to three touchdowns.

The 97 combined points were a record for the Boca Raton Bowl, topping the 82 that Western Kentucky and Memphis combined for in the Hilltoppers’ 51-31 win in 2016. The 59 points by Western Kentucky were also a record, surpassing the previous mark of 52 set by Marshall in 2014 and matched by Florida Atlantic — on its home field — in 2019.

Appalachian State was receiving votes in the most recent AP Top 25 poll, though whatever slim chance the Mountaineers had of making the season-ending poll next month is now nonexistent.