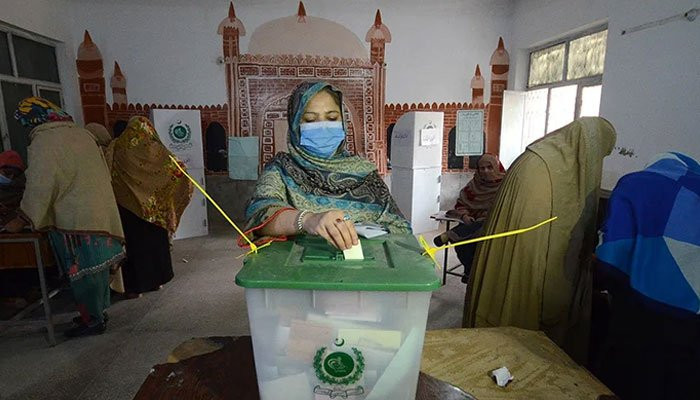 PESHAWAR: After PTI’s success on the mayoral seat in Dera Ismail Khan in the ongoing re-polling for the first phase of Khyber Pakhtunkhwa local government elections, JUI-F has left the ruling party behind on the elections on 66 Tehsil Councils in the DIK district.

According to the unofficial and unverified results obtained by Geo News, JUI-F is leading with success on 23 seats of tehsil chairpersons, while KP’s ruling party PTI stands second with 18 seats.

Below is an overall list of party positions based on seats:

The re-polling was conducted at different polling stations in 13 districts for local government elections in KP on Sunday following the directions of the Election Commission of Pakistan (ECP).

During the first phase of KP local government elections in December 2021, polling was subsequently suspended or could not start in many districts due to riots and a deteriorating law and order situation.

According to the unofficial and unverified results obtained by Geo News, PTI candidate Umar Amin, who is also the brother of Minister for Kashmir Affairs and Gilgit-Baltistan Ali Amin Gandapur, has been elected as mayor of DIK, leaving behind his rival JUI-F’s Mohammad Kafeel Ahmed with a heavy margin of more than 24,000 votes.