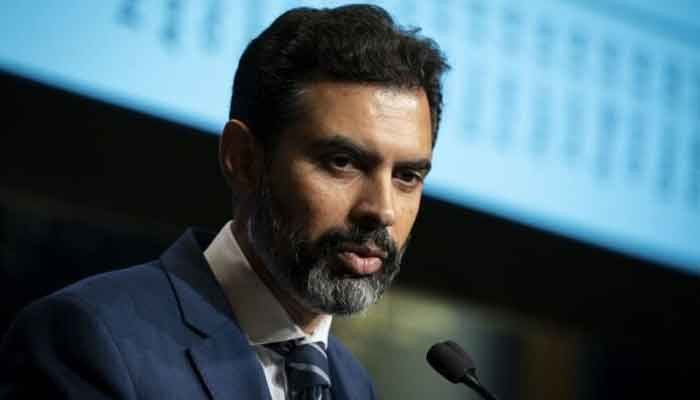 In response to a question asked by a senator, Finance Ministry on Friday revealed State Bank of Pakistan (SPB) Governor Dr Reza Baqir draws a monthly salary of Rs 2.5 million.

The question about the governor’s salary and all SBP employees was also asked by Senator Muhammad Shafiq Tareen.

According to the document, Dr Baqir draws Rs2.5 million monthly salary and is subject to a 10% annual increment.

Apart from that, the governor is granted a “furnished and maintained State Bank House or house rent allowance with furnishing and maintenance by the bank (as approved by the SBP Board)”.

Baqir is also facilitated with actual expenses of electricity, gas, water, and fuel for a standby generator. As for his children’s education, the governor’s children 75% of the total tuition fees is to be paid by the central bank.

Some other perks include free landline, mobile phones, internet access, and domestic help which include reimbursement of actual salary paid for up to four servants, at Rs 18,000 per head. Apart from that, the governor is provided with 24-hour security service as per the requirement with security guards and security system.

The written document also said that the governor is entitled to avail full medical facilities as per the SBP rules and three leaves per month with a leave encashment facility of up to six months on completion of the tenure.

The governor is also granted one month’s monetised salary for each completed year of service on the last drawn salary and provident fund. Some other benefits include travelling allowances, relocating expenses, retirement benefits, and club membership with monthly actual charges.

The senator had asked if the present governor is a former employee of the International Monetary Fund (IMF), to which the reply said that Dr Baqir worked at IMF for 18 years.