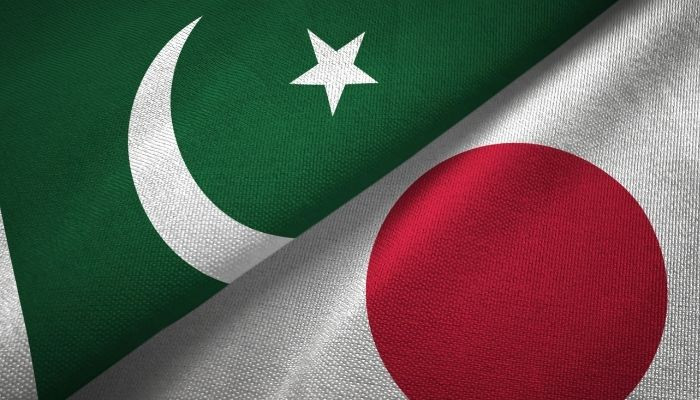 Japan is one of those countries that have done multiple amazing things in the last 150 years. Pakistan can learn a lot from Japan, but in the past 70 years, first we remained obsessed with the US, and now we are enamoured by China at the cost of all other possible friendships.

This year marks the 70th anniversary of the establishment of diplomatic relations between Japan and Pakistan, and perhaps it is an appropriate time to look at recent history carefully so that we benefit from each other.

Starting in 1868, the Meiji revolution in Japan put an isolated country on the world map. A transition from an essentially agrarian society to an industrial one was accompanied by a similar movement from feudalism to capitalism. The most important factor was a rapid spread of education in the country that brought Japan nearly at par with the world’s most developed countries by the early 20th century.

The first lesson to learn from Japan is to make extraordinary efforts for promotion of modern education in the country. Japan achieved mass education in a few decades by making two most significant decisions. One, it allocated substantial resources to education from the primary to higher levels across the country. Two, it realised much earlier that the focus should be on modern education not on religious one. The country also got rid of rote learning and regurgitating of primitive ideas, by moving to scientific attitudes and technological progress.

It does not mean that Japan banished all ancestral customs or became an irreligious society. The Japanese still follow many traditions and religious rituals of yore, but these do not play a central role in Japanese society. Rituals come into play only on certain occasions such as births, deaths, or marriages; otherwise the routine activities of a Japanese is based on an enlightened living in which rational thinking prevails. Looking at Pakistan, we find that customs and rituals galore and traditions dominate. Everyday life is mostly consumed by pretensions of preparing for the Hereafter.

Japan could progress at a fast pace because it transformed its lethargy into activity and its slumber into sustained efforts. But rapid progress also brought some hubris and haughtiness, resulting in unjustified militarism. The first four decades of the 20th century in Japan were marked by a desire to dominate Asia and subjugate neighbouring countries. This resulted in the Second World War and the subsequent destruction of Japan during the last leg of the war in 1945. The lesson here is that a country’s military strength should not make it too ambitious at the cost of neighbouring countries.

Japan learned this lesson quickly and after the Allied occupation of Japan till 1952, embarked on a renewed journey to progress. And that was the time when Japan and Pakistan established diplomatic relations. In 1957, Pakistani Prime Minister Huseyn Shaheed Suhrawardy, during his brief tenure of just one year, played a significant role in cementing relations with both China and Japan. Soon Suhrawardy was forced to resign, and 1958 onwards General Ayub Khan took the mantle. Rather than learning anything from Japan, the good general spent most of his energies in destroying democracy in the country.

From 1957 to 1972, three Japanese prime ministers – Nobusuke Kishi, Hayato Ikeda, and Eisaku Sato – gave their country a strong footing in economic and industrial terms. They led the country – that was devastated in 1945 – to become prosperous and one of the world’s best performing economies. Especially Prime Minister Ikeda – from 1960 to 1964 – and Prime Minister Sato – from 1964 to 1972 – took Japan to the pinnacle of human development and innovation within a short period. The key was strengthening their democracy as opposed to Pakistan which was led by the self-appointed field marshal and president for 11 years. Later, another usurper General Yahya Khan ruled for nearly three years till the end of 1971. A refusal to allow democracy to flourish in the country resulted in the secession of East Pakistan while Japan had a functioning democracy all these years.

The next lesson is that you need to trust public representatives no matter how ‘corrupt’ or ‘incompetent’ they are. Japan had corruption scandals too, but those did not become a basis to malign civilians. The same applies to the 1980s when Japanese prime ministers Kantaro Suzuki, Yasuhiro Nakasone and Noboru Takeshita led their country to the next level of advancement. In Pakistan, General Ziaul Haq was imposing a myopic and sectarian outlook on the nation. The Jihadi narrative gained momentum and seminaries sprouted throughout the country. That was hardly the way to emulate Japan where the state did not take it upon itself to make people pious. Religion is a personal matter in Japan and education has nothing to do with scriptures and sacred text. In Pakistan, General Zia onwards, there was an enhanced focus on piety, which was mostly ostentatious.

From 1990 to 2000, Japan saw the most unstable political time as eight prime ministers served the country during that period. But that political instability did not result in any call for doing away with democracy as it is part of a democratic process in which state organs keep performing their duties within their constitutional domains. In Japan, the head of state is the emperor, and he has never tried to remove prime ministers or indulge in political activities. In Pakistan, the 20th century was marked by overambitious presidents such as Ghulam Ishaq Khan and Farooq Leghari who kept interfering in prime minister’s realm and removed them at will.

Pakistan experienced another military dictatorship from 1999 to 2008 while Japan had a relatively stable democracy under prime minister Junichiro Koizumi from 2001 to 2006 followed by six prime ministers in the next six years. That teaches us the lesson that democracy may be stable or unstable, but the system should be allowed to learn from its own mistakes. People’s representatives make decisions which may be right or wrong, but nobody else has a prerogative to dictate or ask them to be on the ‘same page’. Democracy may not be ideal, but it does have an inbuilt system to correct itself, if allowed to function uninterrupted.

In the last decade or so, Japan had the most stable period under Prime Minister Shinzo Abe who was at the helm of affairs from 2012 to 2020. He was the longest-serving prime minister in recent history of Japan. While in Pakistan, the last 14 years have seen controlled democracy – nearly always vulnerable and wobbly. Japan has complete civilian supremacy in its economic and political affairs that is so vital for any democratic system to thrive.

There is also an independent judiciary that is not fond of judicial activism and does not like to exercise any executive powers. It has never disqualified any prime minister and confined itself to its primary responsibility of dispensing justice in society. Since 1945, Japan has had 35 prime ministers with an average tenure of around two years, but nobody has called for abandoning parliamentary democracy or establishing a presidential system.

The writer holds a PhD from the University of Birmingham, UK and works in Islamabad. He can be reached at: [email protected]