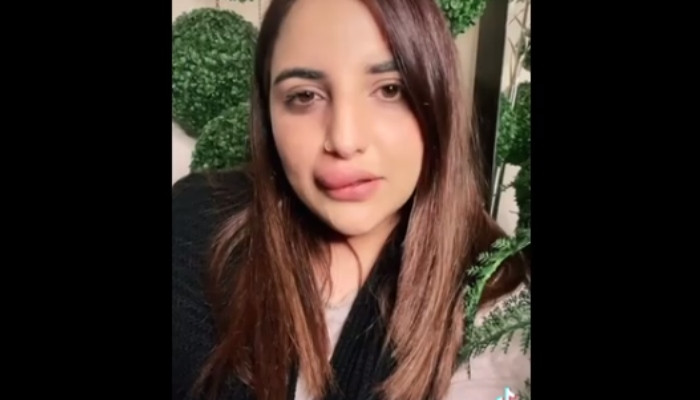 LONDON: Pakistan’s famous yet controversial TikToker Hareem Shah made the headlines on Saturday once again by posting a video with her half-done lip filler treatment.

In the video, the TikToker could be seen with swollen lips. She revealed that she was at an aesthetician’s clinic to get lip fillers as she has been intending to get them for a long time, however, she had to leave the process in between due to a call she received from Pakistan.

According to Shah, she received a call saying that the Federal Investigation Agency (FIA) has ordered to freeze all her bank accounts which made her worried and she decided to leave.

She also said that she left the surgery after knowing about her accounts because she remembered how expensive it is.

On January 10, 2022, the TikToker had uploaded a video on social media in which she could be seen flaunting two stacks of British pounds.

The FIA launched a probe against Shah in a money laundering case for taking a hefty amount of money from Pakistan to United Kingdom.

As reported by Geo News, the FIA had decided to write a letter to the United Kingdom’s National Crime Agency (NCA) to take action against Shah.