Why naming diseases after country of origin is problematic

Blaming foreign countries for diseases — as opposed to inadequate local health responses, for example — has long been a ploy to deflect responsibility.

Former United States President Donald Trump started to refer to SARS-CoV-2 as the “China virus,” or even the highly derogatory “Kung flu,” once he came under pressure due to upward-spiralling case numbers at home, according to Jerome Viala-Gaudefroy, assistant lecturer at CY Cergy Paris Universite and expert on the politics of naming diseases.

The so-called Spanish flu — a devastating virus that killed millions during World War I — likely originated in the US, but became associated with Spain, the country where it was first identified, as “a way to deflect,” said Viala-Gaudefroy.

As Trump and the Republican party in 2020 continued to brand the coronavirus the “Chinese flu,” also forwarding an unfounded theory that it was hatched in a Wuhan lab, Asian-Americans were increasingly targeted and attacked.

Trump also liked to invoke war metaphors when referring to the virus, including phrases like “the invisible enemy,” noted Viala-Gaudefroy, in an effort to project the image of fighting a foreign invasion.

This morning a White House official referred to #Coronavirus as the “Kung-Flu” to my face. Makes me wonder what they’re calling it behind my back.

Also across Northern India, “Chinese-looking” locals living in areas bordering China faced abuse and were forced to quarantine — even without exhibiting any symptoms of COVID-19.

In light of such events, the World Health Organization (WHO) in 2015 issued a best practice derivative for naming new diseases that suggested avoiding “offense to any cultural, social, national, regional, professional or ethnic groups.”

“Not surprisingly, leaders who are attempting to attribute COVID-19 to certain national or ethnic groups are the very same nationalist populist leaders who have made racist and xenophobic rhetoric central to their political platforms.”

When the coronavirus mutated into new variants, these were again referred to after places of origin, including the so-called Indian variant.

The racialization or ethnicization of these variants’ names motivated the WHO in May 2021, nearly 18 months after the virus first emerged, to instead use Greek letters to designate variants of COVID-19. The first variant initially identified in the United Kingdom became alpha, and so on down the line — with the Indian variant becoming “delta.”

Maria Van Kerkhove, a senior technical official at the WHO who specializes in the body’s response to COVID-19, said the name change should lessen the stigma.

“No country should be stigmatized for detecting and reporting COVID variants,” she said.

But after the Greek alphabet was adopted as a neutral way of naming virus variants, problems again emerged, as the Greek letter “xi” was seen as too close to the name of Chinese leader Xi Jinping — and could again stoke anti-Asian sentiment. (The Greek letter “nu” was skipped, as it could be confused with the word “new.”)

So the most recent variant, first detected in South Africa (B.1.1.529), was dubbed “omicron.” Yet media outlets had already been referring to that strain of COVID as the South Africa variant — reinforcing an association with Africa, and even Black people.

Indeed, the Sunday edition of German daily newspaper Rheinpfalz am Sonntag even ran a front-page headline: “The virus from Africa is with us,” above a picture of a Black woman and child. The newspaper apologized, but the damage had been done.

Giorgina Kazungu-Hass, a member of parliament in Rhineland-Palatinate state in western Germany where the publication is located, tweeted ironically that the front page “will be great for BPoC” — referring to Black people of colour.

As was the case with the Spanish flu, it turns out that the omicron variant very possibly originated in a different location than where identified. On Tuesday for example, it was reported that Dutch health authorities discovered omicron in local samples from November 19, five days before scientists in South Africa announced they had identified the strain.

Ebola is another pandemic that is associated with Africa and Blackness. Some far-right commentators and politicians coined the racist term “Obola” — a cross between Ebola and Barack Obama when the African-American was the US president — to politicize and racialize the disease.

This again is why the WHO cautions against names such as Middle East Respiratory Syndrome (MERS), or even Lyme disease— which refers to the town in Connecticut where the tick-borne bacterial disease was first identified. 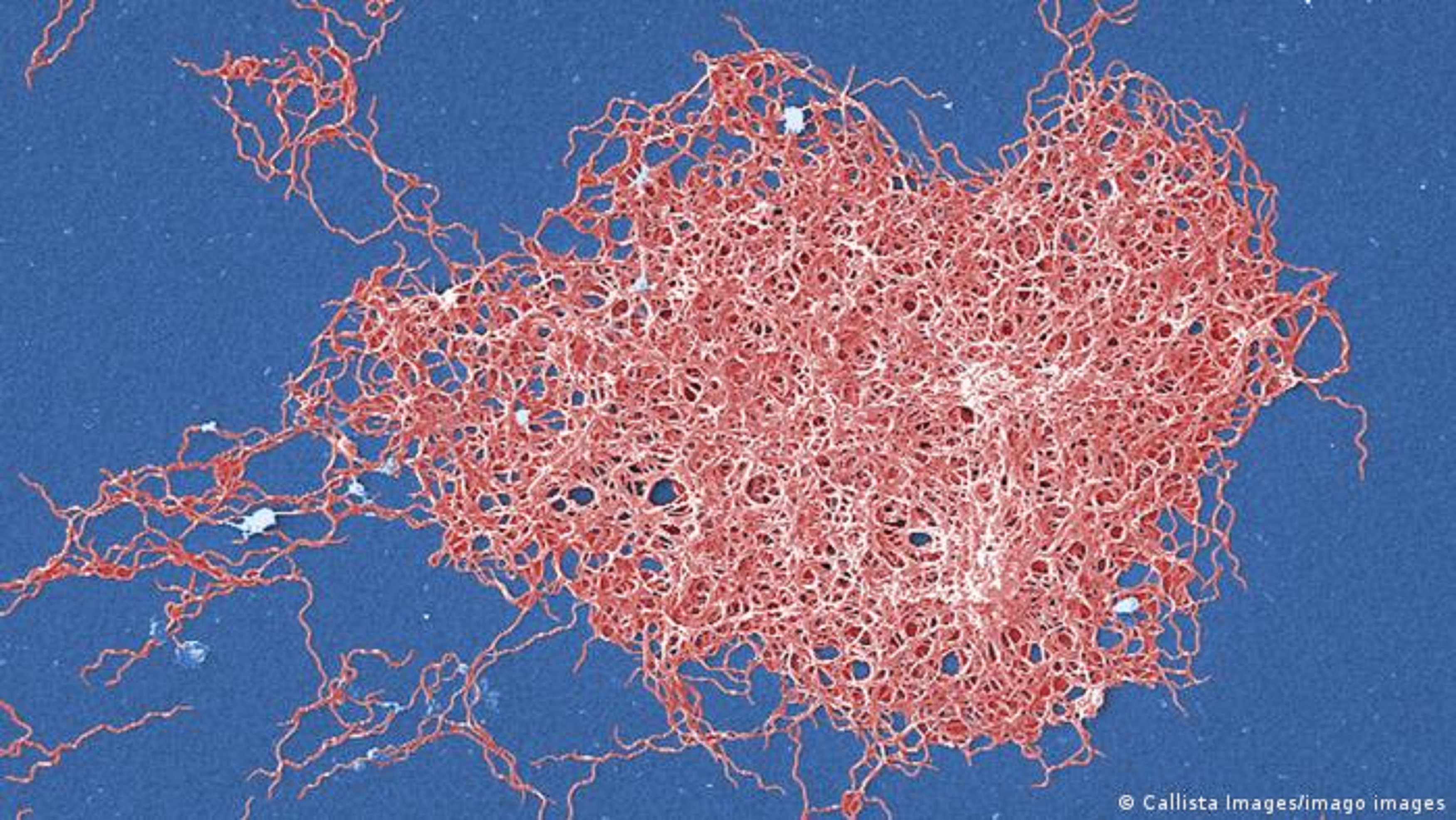 Lyme disease is caused by the bacterium Borrelia burgdorferi, pictured above

Despite the ambiguous origins of the omicron variant, southern African citizens continue to pay a price as travel bans and border restrictions against the countries in the region are introduced.

“The problem is that countries are going to avoid reporting new variants so that they’re not associated with them,” said Viala-Gaudefroy, referring to heavy economic fallout that comes with being perceived as an origin for COVID-19 mutations.

“We must refer to viruses by their official names,” stated First Responder, an anti-racism platform, in a tweet. “After the Ebola and MERS outbreaks triggered discrimination and racism, the WHO changed their official naming mechanism to not include the place of origin. Call it COVID-19 to stop the hate.”