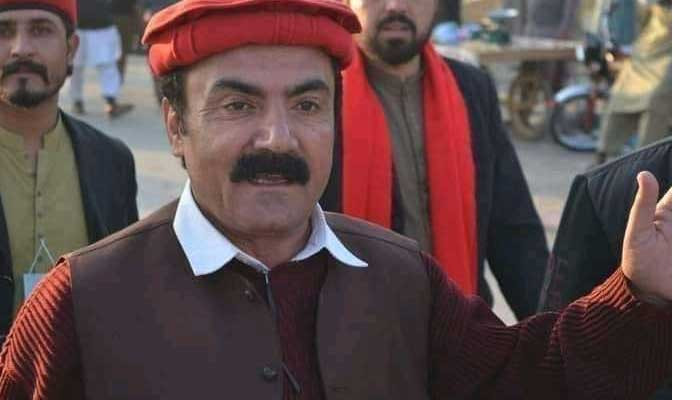 DERA ISMAIL KHAN: The police on Monday claimed to have arrested three persons, including the wife of Awami National Party (ANP)’s mayoral candidate Umar Khitab Sherani, who was killed a day before the local government elections in Dera Ismail Khan.

Umar Khitab Sherani was running for the Dera Ismail Khan mayoral seat on the ANP ticket. Unidentified gunmen had killed him outside his residence. The killing had necessitated the postponement of the election for the slot of the mayor in Dera Ismail Khan.

Speaking at a press conference, District Police Officer (DPO) Najamul Hasnain said it was a challenge for the police to work out the case. He maintained that a special team had been constituted to arrest the perpetrators of the murder and frustrate the attempts to link it to terrorism or political rivalry.

The murder of Umar Khitab had no connection to political rivalry or terrorism, he said, asserting that personal enmity was the motive behind his killing. The DPO said the third wife of the slain ANP leader and two men were involved in his killing.

He identified the accused as Anita, wife of Umar Khitab, Abdul Hakim hailing from South Waziristan and Shafiq Afghani. The official said the investigators employed scientific methods and analysed the cellphones data of the accused to trace them. He said that during the investigation, the accused confessed to have having killed Umar Khitab over personal enmity.