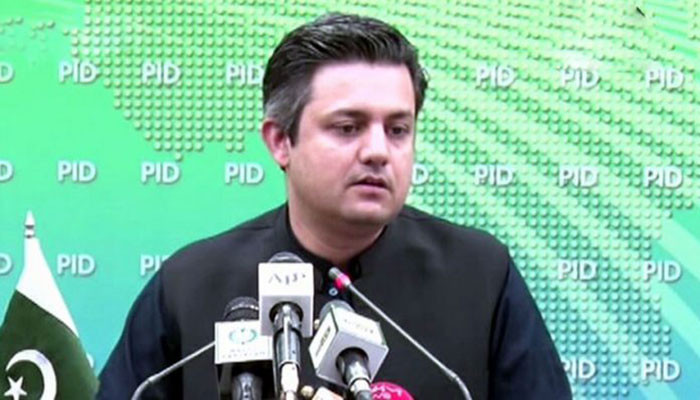 ISLAMABAD: Attributing the overstocking of furnace oil in the refineries and stoppage of work in the refineries due to the circular debt, the Federal Minister for Energy Hammad Azhar on Friday said that the furnace oil crisis would end in a few days as the government would give funds to the IPPs to enable them to lift furnace oil from the refineries to build their 30-day mandatory backup. The minister said this while speaking in Geo News’ programme, “Naya Pakistan”.

He said: “The crisis in the furnace oil sector isn’t a new one. It rises in every November and the reason is that the usage of furnace oil lessens in this quarter of the year. The problem is that our refineries are obsolete because they produce more furnace oil than refined products like petrol and diesel, which are needed in country.” Describing the cycle in detail, the federal minister said the furnace oil is on least priority for its costliness in the merit order for power production. “Since the power plants are being run on other sources like RLNG, nuclear, coal and other means, the refineries have filled their stockpiles.”

In reply to a question asked by anchor Shahzad Iqbal that if furnace oil is present in abundance in the domestic refineries, then why PSO has imported five to six hundred thousand tons of furnace oil from the international market as the power plants are, on least priority, being run on the furnace oil and there isn’t any emergency-based need of importing furnace oil, the minister said that this import of furnace oil is aimed to build a backup for the IPPs, in case there is a chance of default on the spot buying of RLNG.

“Furnace oil has been imported for the IPPs just because to keep them functional in case of default in the RLNG’s on spot buying. The NEPRA law binds the IPPs to maintain a backup of 30 days fuel but the plants are not complying with the rule,” the minister said.

The energy minister at some point during the discussion ceded to the viewpoint of anchor Shahzad Iqbal that the IPPs are supposed to take that stock of domestic refineries for their backup but they aren’t taking that stock, that is why the refineries have got their capacities to store the furnace oil filled and it is creating a situation of crisis.

“Then why the IPPs aren’t taking this furnace oil?” asked the anchor. To which, the minister replied: “We are negotiating with the IPPs on this matter,” adding: “Consider the situation, if we had more defaults in our long-term agreements of RLNG buying, our all the IPPs had to rely on furnace oil to produce power.”

The discussion took an interesting turn when the anchor and the minister indulged into a sort of rapid fire round in a bid to track the root-cause of the prevailing crisis. The anchor asked why the government had to wait for the emergence of the crisis, when the issue could have been checked earlier as the IPPs were not maintaining the backup of 30-days. To which, the minister replied that the government had a check on the issue and the perception that the government intervened when the crisis worsened is wrong.

“If the government was having a check on the issue, then why the IPPs were not lifting the furnace oil from the refineries to maintain the backup?” asked the anchor. “IPPs had financial reasons for that as they didn’t have cash to lift the furnace oil due to the circular debt accumulation,” the minister replied, adding that: “Now we are giving them cash, so the issue would be resolved in the coming days.”

The anchor, Shahzad Iqbal, then drew the minister’s attention to another important issue, asking why PSO has imported two hundred thousand tons of furnace oil, when the domestic refineries are overfilled with their produce. The minister replied that it is for maintaining the stock for backup as we had to generate power through furnace oil in June due to depletion in the share of hydel generation.

Regarding the delay of about four years in devising the refinery policy, he said that the policy would be tabled in the next session of Cabinet Committee on Energy (CCOE).