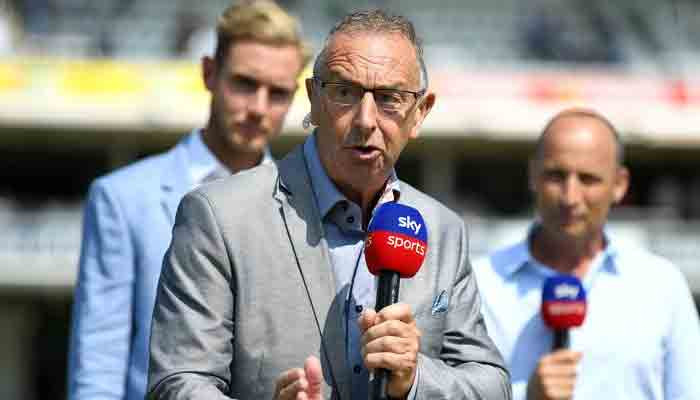 Senior sports journalist Saj Sadiq hinted on Wednesday that he may be seen “commentating in the PSL at some point in the future”.

Several big names have featured in the PSL’s commentary panel. They include David Gower, Simon Doull and Alan Wilkins. Lloyd’s inclusion will be a major achievement for the PCB and the PSL.

The seventh edition of the PSL is set to start on January 27 for which preparations are underway.

The cricket pundit announced his retirement from Sky Sports Tuesday which he joined in 1999. He became the voice of T20 cricket on the channel following the format’s introduction in 2003.

The development came after David Lloyd was accused of making racist comments by former Yorkshire player Azeem Rafiq to which the former English cricketer apologized.

Sky confirmed it would investigate the comments attributed to Lloyd.

In a statement on Twitter he said: “After 22 wonderful years with Sky Cricket, I’ve decided the time is now right to pass on the microphone. It’s been an immense privilege to try and bring the sport I love into people’s homes up and down the country.

“There are so many wonderful memories, so many terrific games and incredible performances. I’ve been lucky to travel the world sharing Ashes highs and lows, World Cup wins and losses, heroics and heartaches with you all.

“Sharing a commentary box in Australia in 2013 with my broadcasting hero Bill Lawry was a real highlight. It has been a great pleasure to work alongside Ian Bishop, Ravi Shastri, Shane Warne, Shaun Pollock and Ian Smith amongst many others.

“With the passing of Bob Willis and after the decision to move on by my good friends David Gower, Ian Botham and more recently Michael Holding, the commentary box feels a little emptier. And so I feel it is time for me to do the same and move on to the next chapter.

“I leave the Sky box in immensely capable hands led by my pals Michael Atherton, Nasser Hussain, Ian Ward and Rob Key. To those that follow, cherish that mic. Inform and entertain so the next generation can fall in love with this wonderful game.

“I’m done now with Sweet Caroline but in the words of Elton John, “I’m still standing!” Much love, Bumble.”