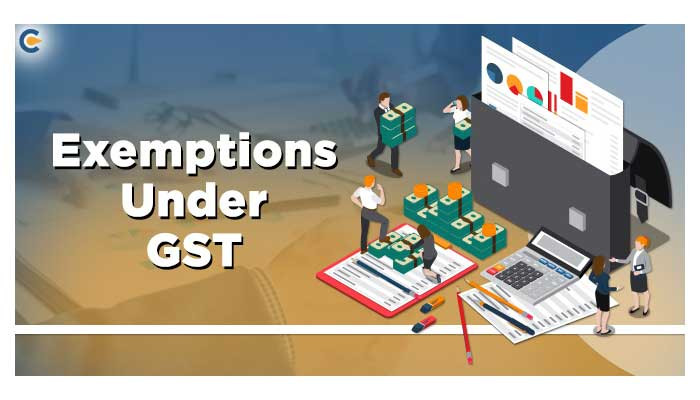 ISLAMABAD: The withdrawal of General Sales Tax exemptions on 100 items will push up inflationary pressures up to 1 percent at a time when the CPI based inflation had already touched 11.53 percent for November 2021.

The federal cabinet will consider approval of the Tax Laws (Fourth) Amendment Bill on Tuesday (today) under the chairmanship of Prime Minister Imran Khan, top official sources disclosed while talking to The News here on Monday.

Although, the Federal Board of Revenue (FBR) has not done any research to assess the impact of removal of GST exemptions on hiking Consumer Price Index (CPI)-based inflationary pressures.

“When the cabinet will take up approval of withdrawal of tax exemptions to the tune of Rs350 billion for slapping standard rate of 17 GST on 100 items on imports and manufactured locally, then there should be exact assessment that how much it is going to fuel the CPI-based inflation,” said the official and added that the cabinet must take an informed decision after analysing all its pros and cons.

There are a total 460 items falling into the basket list of CPI-based inflation and most of the items where the abolition of exemptions is on the cards such as mobile phone, computers, agriculture products, packaged foods, stationery, raw material of medicines, all kinds of machinery and many other items especially at import stage, so the CPI based inflation will certainly go up when the standard rate of 17 percent GST will be imposed.

It is relevant to mention here that during the last tenure of the PPP-led government in 2010-11, the IMF had demanded imposition of Reformed General Sales Tax (RGST) under $11.3 billion program but the government had failed to implement the RGST due to which the IMF program got suspended. At the time of RGST, the government had assessed that if the RGST was implemented, then it would hike inflationary pressures by 0.6 percent on an annual basis.

When this scribe contacted different renowned economic experts to ascertain the impact of withdrawal of GST exemptions on increasing the CPI-based inflation, they were of the view that it would definitely hike inflationary pressures in the range of 0.6 percent to 1 percent on an annual basis.

When contacted, renowned economist Dr Nadeem Ul Haq said that there would be a one-time impact in case of withdrawal of GST exemptions in the range of hiking inflation by 0.6 percent to 1 percent on immediate basis but it would tapper down after making adjustments. The withdrawal of GST exemptions will become painful once on account of hiking inflation but then it will be adjusted and passed on to consumers, he added.

Dr Ashfaque Hassan Khan, former economic adviser, said that the abolition of GST exemptions would hike inflation by definition and it was agreed with the IMF because there were no other easy options available to the policymakers. He said that the imposition of Super Tax could become a source of revenue generation but under the IMF program, it was not the objective of raising revenues but aimed at broadening the tax base through withdrawal of GST exemptions. He said that this regressive taxation would certainly fuel inflationary pressures.

Dr Ehtisham Ahmad, renowned economist and expert on GST, who had also worked for the IMF in the past, said the Mexican and Chinese efforts to remove exemptions (in 2013 and 2015 respectively) were driven by the need to reduce the costs of doing business. China in particular integrated the provincial/local business tax on services with the nationally-administered VAT on goods. The reduction in production costs with the integration of the VAT base allowed China to offset rising wage costs and appreciating exchange rate post 2015, without adversely affecting export potential. He said it is obvious that the revenue gain will not be equivalent to the magnitude of exemptions removed because of the additional input offsets/refunds that become due. In both China and Mexico, the bulk of the additional revenues accrued as a result of overall improvements in overall VAT efficiency and the fact that full information on the value added significantly reduced cheating in other taxes, particularly the income taxes, payroll and excises. This is because full information on value added (wages and profits) and coverage of the value chain made it more difficult for firms to hide transactions and profits, and that’s where the main revenue increases occurred.

This revenue increase did not happen in Pakistan because of the split GST base (thank the geniuses who put that into the 18th Amendment) as well as the severely-defective income tax — inherited from the colonial government of India 1935 Act. This is where the political economy comes in. He said that he had thought quite a lot about this issue in many contexts (have been involved in Chinese reforms since 1993, and the Mexican 2013/4 reforms). But this is a huge topic and he would digress to begin to put solutions (should really go to the NFC and CCI).

He said that in principle, if the Chinese or Mexican models were followed, there would be a downward impulse on costs and prices. This relative price adjustment is different from inflation, which as you know is a largely monetary phenomenon. However, the efficiency gains and cost reductions for firms will not happen because of the split bases, nor will the mere removal of the exemptions reduce either the incentives or the ability to cheat.

Indeed, with market imperfections he would guess that some firms will be tempted to boost prices and profits on the pretext that the process is inflationary. In other cases, having to compete with firms completely outside the VAT net (e.g., in several components of the textile sector), will drive the “formal” firms out of business or out of the formal tax net — with a corresponding loss of the tax base.

The interactions between prices, tax bases and profitability need to be thought through and the reforms designed carefully. “I’m afraid that Hafiz Shaikh did not understand these issues, and suspect that some of the other experts helping the administration do not either. I’m afraid that the simpleminded removal of exemptions will not have the desired effects,” he added.

When contacted, Dr. Khaqan Najeeb, former Adviser, Ministry of Finance, explained that the real structural reform to broaden the tax base, raise revenues and also help in documenting the economy is a value added tax (VAT). Pakistan tried to move to such a reform under the RGST in 2010. He said that VAT is a taxation system that operates as an indirect multi-point, multi-stage tax that is delivered at every stage of value addition in the production process on taxable products. He emphasized that the whole value chain needs to be brought into the tax net, everyone from the suppliers to the middleman in small and large businesses. Dr Khaqan said that is the reform which will make tax evasion impossible since everyone will be documented.

He said that operational readiness of tax administration and technological advances are a must to make such a reform a reality. Pakistan for decades has failed to have a functioning refund system, which is quick and doesn’t fall prey to flying and fake invoices causing corruption and leakages. This is the real task at hand.

He felt that the timing of raising GST in an already inflationary environment could have been reconsidered. Dr Khaqan concluded by saying the current increase in the sales tax rate to the standard 17% will of course have an inflationary impact but will not have much broadening impact. Inflationary impact of raising the GST is of course dependent on how monetary policy is coordinated with fiscal policy.