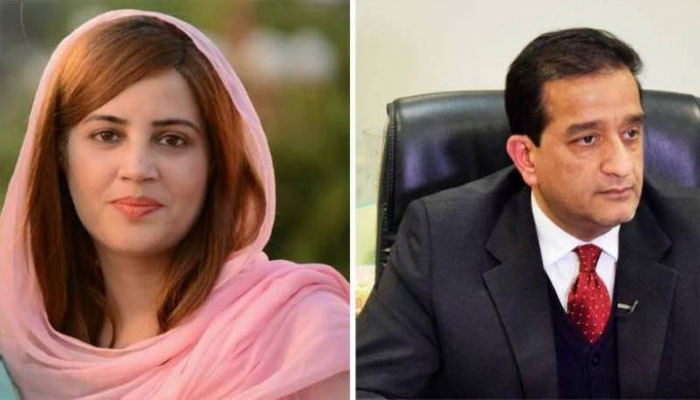 The Public Accounts Committee was directed to investigate the alleged conflict between SAPM Aslam and Minister Gul during the UN Climate Change Conference, besides loss of millions of rupees due to incompetence of officials of the Ministry of Climate Change. The Public Accounts Committee also summoned Advisor to Prime Minister on Finance Shaukat Tareen in the next meeting after some members expressed their strong reservations on the decisions of the Economic Coordination Committee of the Cabinet.

The meeting of the Public Accounts Committee was presided over by Chairman Rana Tanveer Hussain in which the appropriation accounts for 2018-19 and audit paras for 2019-20 of the Ministry of Climate Change were examined. During the meeting, PAC member Riaz Fatyana from the ruling PTI informed the forum that during the UN Environment Conference in Glasgow, a conflict between Minister of State for Climate Change Zartaj Gul and Special Assistant to Prime Minister on Climate Change Malik Amin Aslam made the minister return home and the desired results from the global conference could not be achieved due to incompetence of the officials of the Ministry of Environment.

Riaz Fatyana while raising the issue of the performance of the delegation at the UN conference, said two delegations came to engage Pakistan’s delegation on the important negotiations but no one received them because of the differences. Besides, Pakistan’s performance at the Glasgow conference was poor due to incompetence of officers. “The 18-member delegation remained sitting idle at the conference, undertook no activity and wasted money, which should be investigated,” he said. The Chairman PAC Rana Tanveer Hussain while directing investigation of the issue, said incompetent officers of the Ministry of Climate Change caused loss of millions of rupees to the national exchequer.

During the meeting, the members of the PAC also expressed serious reservations over some decisions of the Economic Co-ordination Committee and alleged that some people benefited from the decisions by the forum. The Chairman PAC, Rana Tanveer Hussain, said alleged corrupt practices in ECC in deciding to import or export sugar and wheat have come to the knowledge of the PAC. “The government has also removed the ECC decisions from the ambit of the NAB laws,” he said. The PAC summoned Advisor to Prime Minister on Finance Shaukat Tareen to explain the position.

While examining the Appropriate accounts of Ministry of Climate Change, the AGPR officials briefed the committee on the lapse of Rs 123 million from the grant to the Ministry of Climate Change for development expenditure as the funds were released in June. Expressing concern, the Chairman PAC summoned officials of the finance division, and said the release of funds in June are of no use and they should not be released after March-April.

The audit officials briefed the committee on hiring consultants for the construction of a boundary wall at the Zoo-cum-Botanical Garden in Bani Gala. The Chairman PAC directed submitting inquiry against those responsible within a month

While talking about the PAC’s backlog of the audit paras, Chairman PAC Rana Tanveer Hussain said the sub-committees of the PAC have 28,000 audit paras pending and their number will soon reach one lakh.