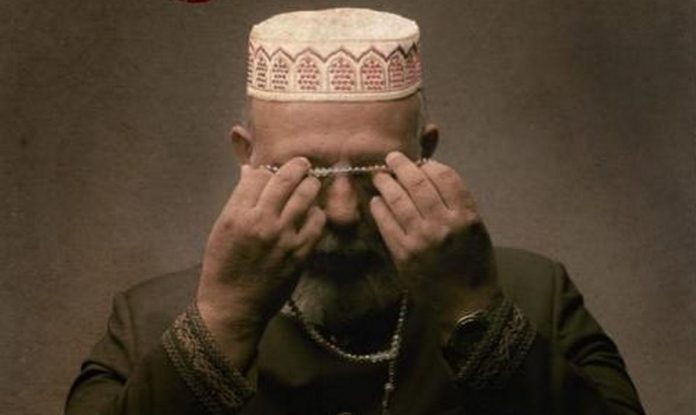 Sarmad Khoosat’s Zindagi Tamasha is finally coming to cinemas across Pakistan in March 2022, according to the film’s third official trailer. After facing many delays due to protests over the film’s sensitive subject matter.

The film stars Arif Hasan, who plays a naat khwaan named Rahat, who enjoys a celebrity status amongst his community in the old city of Lahore. He is a devout Muslim; someone who, in the eyes of everyone else, is almost super-humanly incapable of any sacrilege. Hence, when he does wrong, there is no forgiveness for him. Rahat and his family get sidelined by society after a video of him goes viral on social media.

In January 2020, the federal government had issued directives to postpone the release of Zindagi Tamasha. In a statement, PTI leader Firdous Ashiq Awan had said the producers had been directed to postpone the film, adding that the government would immediately approach the Council of Islamic Ideology for its views over it. The move came after the Tahreek e Labbaik Pakistan (TLP) – a politico-religious party – threatened to hold protests against the film’s release despite the fact that it had been twice cleared by censor boards.

The following month, the late TLP leader Khadim Hussain Rizvi announced that they will never allow it to be released. In his incriminatory announcement, Rizvi had clearly stated that even if the government were to green-light the release of the film, he will not allow its release. He expressly stated that the film will have to release “over his dead body” as he addressed a crowd of TLP supporters at a Kashmir Day rally on February 5.

Sarmad Khoosat’s plea to the PM

The filmmaker penned an open letter to PM Imran Khan with regards to the film, which was supposed to release on January 24, 2020. Khoosat uploaded the letter on his social media, stating Zindagi Tamasha was yet again being stopped from release after the first complaint against it was entertained in a law-abiding manner.

He stated, “As a law-abiding citizen and with full conviction that there is nothing offensive or malicious in Zindagi Tamasha, I submitted the film for another review to the censor board. It was cleared once again with a few cuts to appease the complainants. Just a week before the release, another attempt is being made by the same group to stop it and this time, they are hell-bent on using pressurising tactics.”

International praise for the film

Zindagi Tamasha was selected as Pakistan’s entry to the Oscars in November 2020. Speaking about the outrage his venture caused, the director said, “All the heartache that Zindagi Tamasha gave me has somehow restored my faith in the power of art too: the sheer, almost physical power of art to make life imitate it. This announcement, for me, is a very bright light shining at the end of this dark tunnel of a year. I made this film in Pakistan and foremost, for Pakistan, for my people and the misfortune that my people have remained deprived of it weighs quite heavy on my artistic conscience.”